The future is cloudy 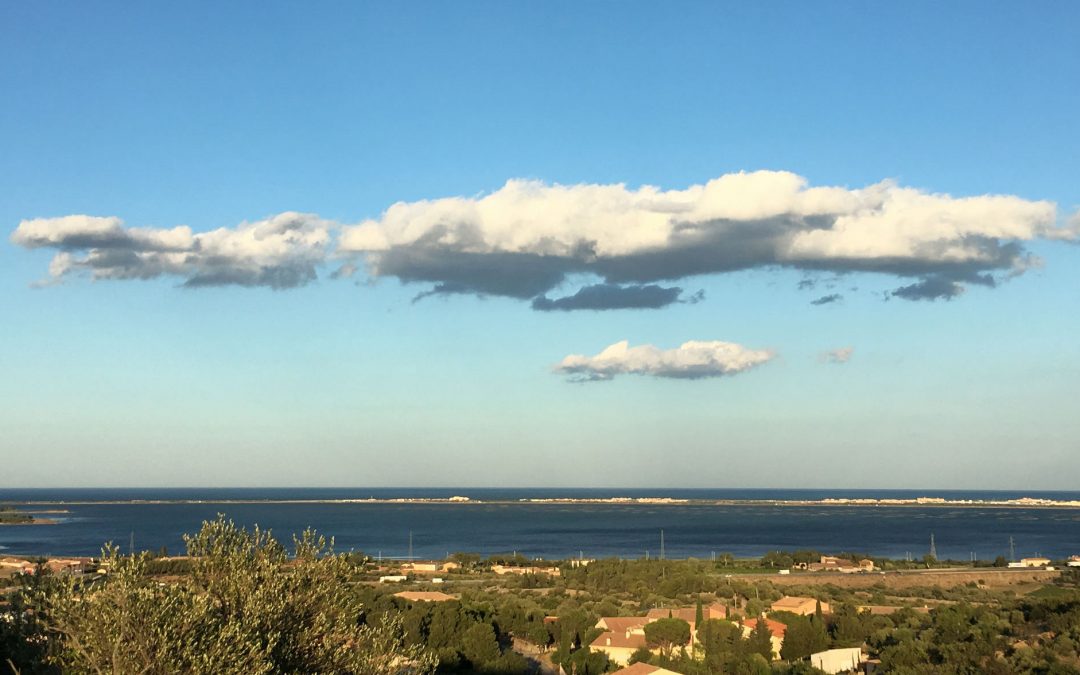 Cloud computing is similar to a public utility because the main idea is the access to services that can be rapidly provisioned with minimal management effort over an existing broadband internet connection. If you want to have running water in your house, someone has to connect your house physically with the water supply system. This process takes some time. Same is with broadband internet. The initial connection takes some time to set up but if it’s done, cloud computing can offer services and enable organisations to focus on their core business and avoid IT infrastructure costs up-front.

If you want to use a software, which is available as a service on the internet you just have to decide and subscribe to that service. There is less or no maintenance and you can use the service immediately. In case you are familiar with “pay-per-use” models, the operating expenses are very clear and easy to plan.

Maybe you have heard about Time Sharing Option (TSO) on IBM mainframes in the 1970s. Time-sharing means that many people can access the operating system concurrently, while unaware that others are also accessing the operating system. It appears to each TSO user that they are the only user on the system. The only downside was the need for a permanent connection to the mainframe which was very expensive.

In the 1980s, the personal computer with its more user-friendly interface changed the situation for employees and later for consumers too. Plenty of work was done by using these tiny machines. The personal computer saved firms a lot of money, because data traffic was still expensive and only possible through point-to-point circuits.

In the 1990s, personal computers were also connected through virtual private networks which used the overall network bandwidth more effectively. The cloud symbol was used to indicate the boundary between what the provider was responsible for and what users were responsible for.

In 2002, Amazon launched the Amazon Web Services (AWS) platform. The reason was a vision for Amazon’s retail computing infrastructure that was completely standardised and automated, and would rely extensively on web services. The possibility of selling access to virtual servers as a service was “just” an idea to generate revenue from the new infrastructure investment. In 2006, the AWS platform was re-launched and organisations started to switch from company-owned hardware and software assets to per-use based models. Gartner projected a dramatic growth in IT products in some areas and significant reductions in other areas. Google started the Google App Engine in 2008, Microsoft Azure in 2011, SAP and Oracle in 2012 and the growth has been even higher than Gartner projected.

Suddenly, it was possible to benefit from all new technologies without the need for a deeper knowledge or expertise for each one of them. The key technology trigger was virtualisation. Virtualisation software invented “the virtual device”. The simplest virtual device is probably a storage space. To the user it appears as his or her own “hard disk” but in reality it’s just a small part of a bigger system that is used by many users. Same with servers. A virtual server looks and feels like your own Linux or Windows machine but it isn’t. It’s just a virtual device, accessible via the internet, separated from the underlying physical computing device. With virtualisation it was possible to easily create and manage a scalable system of multiple independent computing devices!

The next step was obvious – the virtual “everything” was invented: Operating systems, applications, services, memory, file systems, storage, blockchain, infrastructure, data, networks, and even the cloud itself … they all are now virtualised and suddenly “easy to create and maintain”. A whole new market of companies using cloud virtualisation was created. The clients of these companies have no idea where their data is stored. Netflix, for example, has no data centre anymore. The whole company runs on Amazon Web Services.

The five essential characteristics of cloud computing are

The future seems to be cloudy

To make a long story short.
Technically cloud computing is “the future” because it’s cheaper and easier to use.
The last interesting question is which type of cloud you prefer. 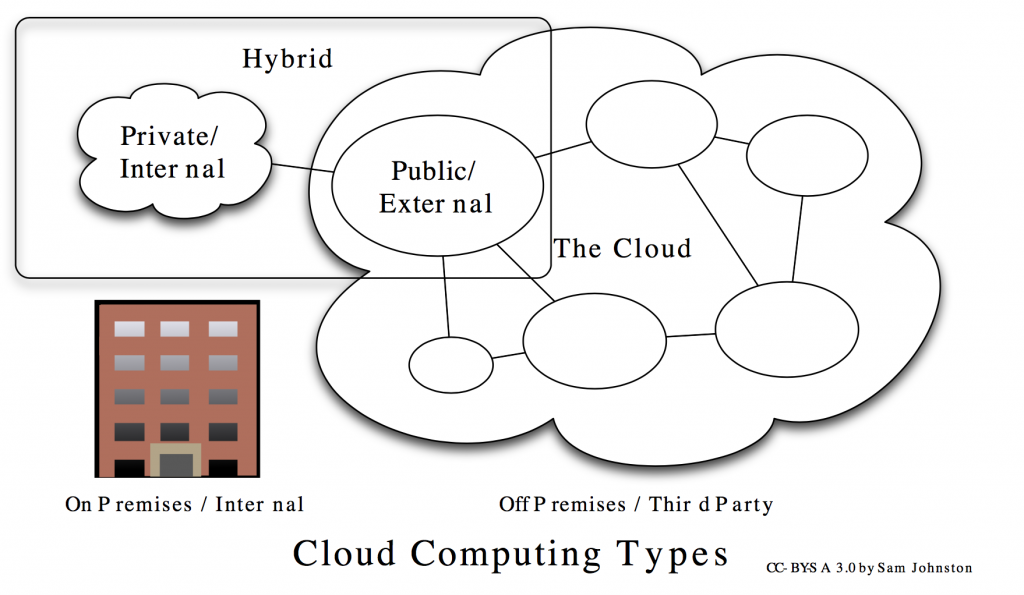 A private cloud is operated solely for a single organisation. It can be managed internally or by a third-party, and hosted either internally or externally. A private cloud project requires to virtualise the business environment, and requires the organisation to reevaluate decisions about existing resources. It can improve business, but every step in the project raises security issues that must be addressed to prevent serious vulnerabilities. Self-run data centres are generally capital intensive. Users “still have to buy, build, and manage them” and thus do not benefit from less hands-on management.

A cloud is called a “public cloud” when the services are delivered over a network that is open for public use. Technically there is little or no difference between public and private cloud architecture. Generally, public cloud service providers own and operate the infrastructure at their data centre and access is generally via the Internet. They also offer direct connect services.

A community cloud shares infrastructure between several organisations from a specific community with common concerns (security, compliance, jurisdiction, etc.), whether managed internally or by a third-party, and either hosted internally or externally. The costs are spread over fewer users than a public cloud (but more than a private cloud), so only some of the cost-saving potential of cloud computing is realised.

Gartner defines a hybrid cloud service as a cloud computing service that is composed of some combination of private, public and community cloud services, from different service providers. It allows one to extend either the capacity or the capability of a cloud service with another cloud service. For example, an organisation may store sensitive client data in-house on a private cloud application, but interconnect that application to a business intelligence application provided on a public cloud as a software service.

If there are so many advantages, there must be some disadvantages and, of course, there are. I wouldn’t consider all of the following points as disadvantages. It’s more a kind of loss or deficit and it’s important to know, think about them and balance them according to your own situation.

If these points are relevant for you, it’s time to contact us.